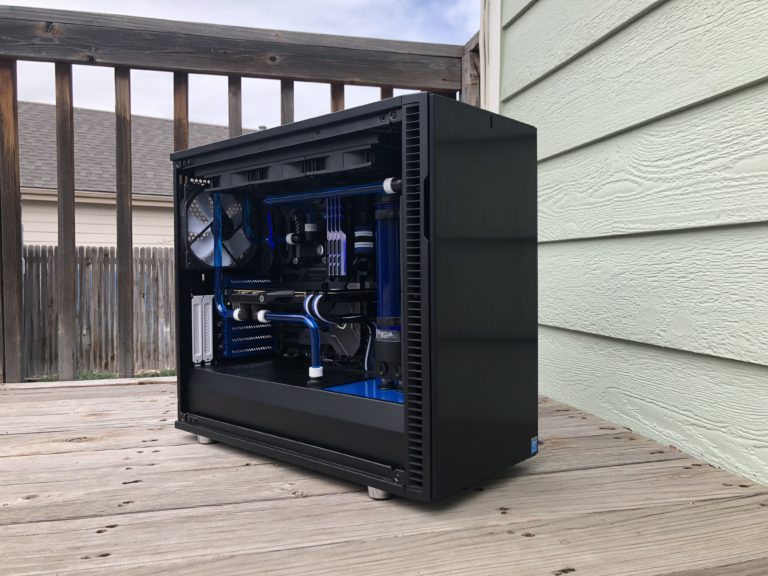 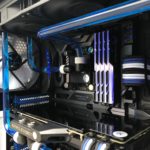 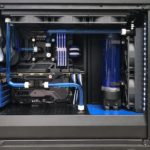 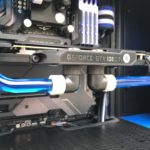 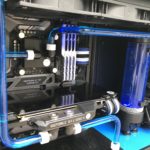 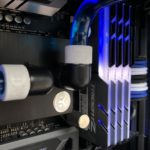 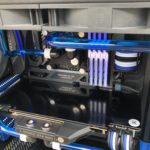 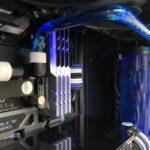 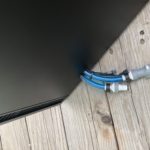 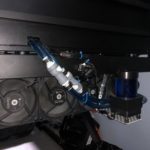 Hey everyone! Thanks for checking out my rig!

My computer, “SuperNova”, has had a LOT of iterations. The most recent iteration includes ditching the 1080 SLI and going with a single 1080 ti that my best-friend sold me for $450 and a 7700K. The boost in games and drop in temperatures blew me away.

So what about the specs, why did I choose them, and what are they overclocked to?

**CPU:** Although criticized for being a binned 8700K, the 8086K has been nothing but great for me once I delidded it and applied liquid-metal (Thanks Intel!) I chose the 8086K because I dig limited-edition products, and I did not want to be like everyone else and just have a standard 8700K. Dumb reason, I know.

For daily use, I have it boost to 5ghz on stock voltage and only gets to 60C when pushed. When I’m running benchmarks that stress the CPU, I push it clear to 5.3ghz at 1.37v and the highest temperature I have seen it there is 75C. My highest Cinebench score is currently 1729.

**Motherboard:** When I decided to take the plunge and “upgrade” to z370, I decided to go all out and get a Maximus board. I love ASUS and plus I loved features like the thermal-armor and built-in I/O shield, which specifically led me to the Maximus X Code board. I absolutely love this motherboard, I would not change a thing about it and I am more than happy with it.

My reasoning for not jumping on the Formula board was I did not have confidence in myself to make the tubing runs to the vrm waterblock look neat, and I was not going to get the Formula board and NOT watercool, it so I settled for the Code and saved a few bucks.

**RAM:** I bought this ram a long time ago, right after RGB ram became a thing. Why 32GB? Because I needed all slots populated or else it would ruin the aesthetics of the build for me, LOL.

**Graphics Card:** So I was really torn on this one. I wanted to be different and run a SLI configuration because I think it looks GREAT. Unfortunately, when 5% of games “support” SLI, it really was a poor investment, even if I did think it looked awesome.

As I mentioned earlier, the performance boost and temperature drop was quite signifigant. With the SLI configuration, my top-slot 1080 would get up to 50C in games which was too high for me in games. The 1080 ti, however, resulted in about 20-30% more single-card performace and the highest temperature I have seen is 37C. I have the card overclocked to 2088mhz on the core and 1501mhz on the memory. It scored a 10683 in TimeSpy.

**SSD:** This is my latest upgrade. My previous storage drive was a 1tb sata ssd and I was running out of capacity. So I decided that if I was going to upgrade my storage, I might as well do a big upgrade that included 2TB worth of NVMe m.2 goodness so I settled on the Samsung 970 EVO 2TB m.2 SSD and I couldn’t be happier.

**Watercooling:** As a whole, I love EKWB and they have always been my go-to watercooling provider. It keeps all my components nice and chilly. As a whole, I am actually really proud as to how my bends came out. I normally choose the “minimalistic” approach, but I decided to try more complicated bends this time and I am really glad I did.

**External Radiator:** I figured I might get some questions on this one. Back in November, I mounted a 480mm radiator to my desk and ran tubes out of my rig using quick-disconnect fittings. This resulted in a fluid-temperature drop of 5C and overall made the system a lot quieter. It’s really overkill with the single 1080 ti now, but it was necessary with the 1080 SLI. If anyone has any questions about this in particular, feel free to leave a comment or PM me.

As a whole I am really happy with “SuperNova”. I never knew I had the capability of creating such a rig and making it look good while I’m at it. Thanks to anyone that took the time out of their day to read my rambling!